We have all heard various myths about your automobiles. However, many of these myths should not be followed.  This blog will go over six car care myths that you may believe.  You can learn more here.

Car maintenance doesn’t need to be tied to the seasons. Other than possibly changing to winter tires, modern cars don’t require special attention at this time of year the way that your parents’ car might have.

At least nothing you shouldn’t be doing already. In other words, check your owner’s manual, not the weather forecast.

Maintenance aside, during colder months, you may want to keep more gas in your car’s tank, says Robert Sinclair, a spokesman for the car owners’ group AAA. That’s because air carries moisture and water that can freeze and crystallize.

The more gas in the tank, the less air – and less chance of ice forming inside where it could get into fuel lines and cause trouble, he says.

You should regularly check the air pressure in your tires using a tire gauge. That’s especially true now, because you’re more likely to find them low as winter approaches.

The air inside your tires is getting colder too, so it’s shrinking. Even if air isn’t leaving your tires, the pressure inside is going down because of contraction.

Your tires will lose about one to two pounds of pressure for every ten degrees of outside temperature, says Sinclair.

If you have a new car, it probably has a tire pressure monitoring system that turns on an amber dashboard warning light when the tire pressure falls too low. As with most “idiot lights,” however, by the time that light comes on, your tires are already lower than you should ever let them get.

The air pressure in your tires should be checked in the morning before you’ve driven on them, advises Ibbotson, which is when they’re at their coldest.

The recommended tire pressures in your owner’s manual or stamped someplace in your car – usually inside the driver’s door – are recommended for when the tire is cold, not after it’s warmed up. (You should go by those numbers, not what it says on the tires, in case the car requires a certain pressure for proper ride and handling.)

Some people insist that your car will last longer if you let it idle until the engine reaches normal operating temperature.

It’s true that running cold is harder on an engine than running warm. The oil is thicker, and it takes a little time – very little, really – for it to flow to all the parts of the engine that need it.

But letting the car sit while the engine is running doesn’t help anything. It just wastes gas and pumps out needless fumes. You might as well get on your way.

All you need to do is drive your car gently until the engine is warmed up. No smoky burn-outs first thing in the morning. Just go easy and keep those engine RPMs down until everything’s toasty, and you’ll be just fine.

Five to ten minutes of easy driving is about all it takes before most cars are ready to rev, says Sinclair.

Driving gently for a few minutes helps your brakes, too, says Sinclair. They also need a chance to warm up.

“Brakes go to from zero to 200 degrees or so in an instant with a hard stop,” he says.

That kind of sudden temperature change promotes warping of brake rotors, he says. Better to make a few slow stops at first so the brakes can heat up gradually.

4. Myth: Coolant lasts forever (or not at all)

Some drivers never bother about changing their coolant. Others are probably changing it too often.

You should change your coolant about every four years, Ibbotson advises. Coolant chemicals last longer than they used to, and newer engines aren’t going to be damaged by leaving it in long.

When you do change your coolant, Ibbotson advises using a premixed formulation rather than adding tap water, which contains minerals that can cause trouble.

If your coolant says it should be mixed, use distilled water and don’t use less water than recommended, says Sinclair. Coolants are designed to work best with a certain amount of water, and not using enough will make them less effective, not more.

If you live in an extremely hot or cold climate, your should give your coolant more frequent attention, said Sinclair. Still, it’s something you should be doing on a regular schedule, at most once a year, not just when the weather changes.

You may have heard about doing the “penny test” to see when it’s time to get new tires. Some experts want to toss that coin test in favor of the quarter.

The penny test is simple. Hold a penny so that you can see Abraham Lincoln’s head. Now insert Lincoln’s portrait, scalp-side down, into a groove in your tire tread. If your can still see the top of his head, it’s time for new tires.

That works because the distance between the edge of a penny and the top of Lincoln’s head is about 2/32 of an inch (in normal speech, that would be 1/16 of inch, but tire treads are measured in 32nds of an inch).

But now some experts advise a more conservative approach. Instead of Lincoln’s head on a penny, use George Washington’s head on a quarter. That’s about 4/32, or 1/8, of an inch. In track tests conducted by the tire Web site TireRack.com, using a quarter instead of a penny resulted in 24 percent shorter wet-road stopping distances.

If you can see Washington’s wig, your tires are as close as you’ll want to get to being bald.

Many people still believe they should change their car’s oil every three month or 3,000 miles. But that advice doesn’t take into account improvements in engines or oils.

Not that changing it more often is bad for your car.

“It doesn’t hurt the engine, says AAA’s Sinclair. “It might hurt your pocketbook.”

Rather than relying on an arbitrary – and outdated – rule of thumb, read your cars owner’s manual for the recommended oil change interval. It will usually be longer than three months/3,000 miles. Many cars can go twice that long before needing an oil change, says Sinclair.

New synthetic oils can be left in even longer, sometimes tens of thousands of miles, says Sinclair.

But Consumer Reports’ Ibbotson recommends sticking with the car manufacturer’s suggested oil change interval regardless of what the lubricant’s manufacturer may claim. 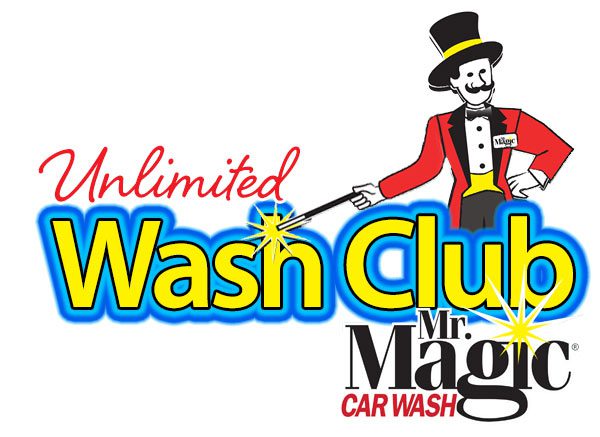